What types of golf are there?

1. One-Piece-Ball:
This kind of ball can also be called a one-piece ball or a one-piece header, and is generally only used for practice or for driving range (Driving Range). The ball is pressed from hard rubber and painted.

2. Two-Piece-Ball:
This kind of ball is also called a double ball or two-piece header, and is the most commonly used ball. The outer surface of the spherical core is made of hard rubber or plastic, or a mixture thereof (the formula is usually kept secret) to make a shell, with a thickness of about 1 mm. Due to different shell textures, different compositions, different firmness and resistance (Durability), different hardness, different colors and dents, different characteristics and performances are produced, which are manifested in the height, distance and rolling of the ball.

3. Three-Piece-Ball:
The three-layer ball can also be called a three-piece header, which is only used by players of higher skill level. A sphere made of rubber or plastic or a mixture about the size of a rod is surrounded by a liquid-filled bladder, wrapped like a ball of thin rubber strips, and the outer shell is rubber balata (gum).

4. Shell ball:
The stronger the shot, the easier it is to deform. The multi-layer ball is designed and manufactured according to this principle, with the aim of producing the best results at any hitting strength. The center of the ball is designed to facilitate the use of the kick-off cup to hit the ball as far as possible. The middle layer is suitable for hard shots with irons, and the outer shell is suitable for getting the best hitting feeling and for half swings, cut shots, and putts. 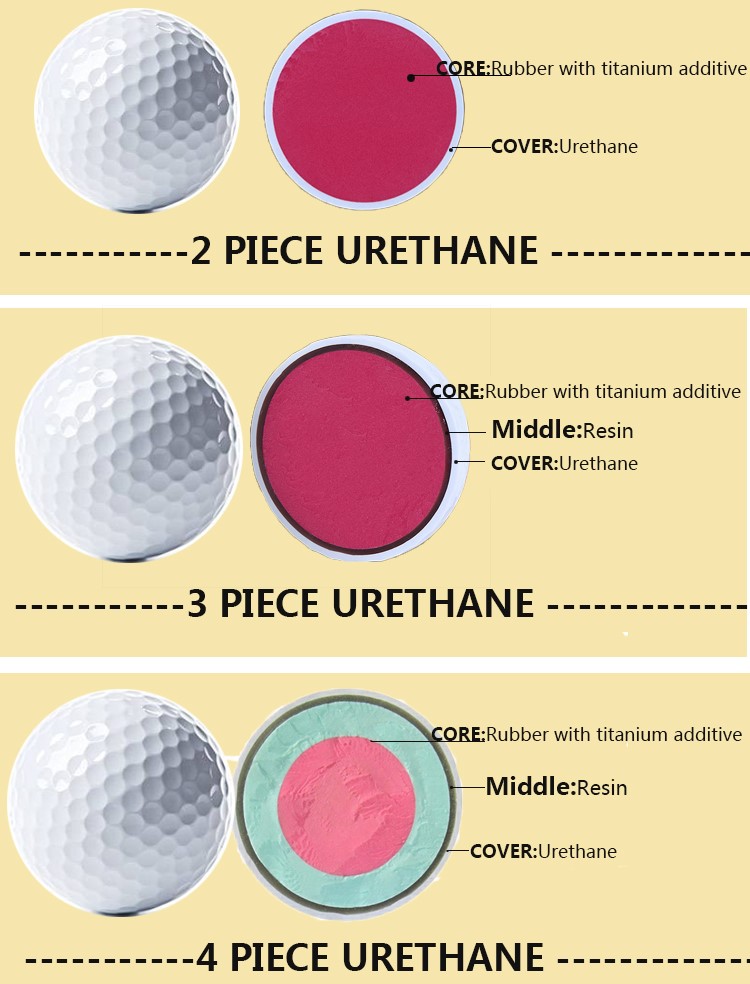 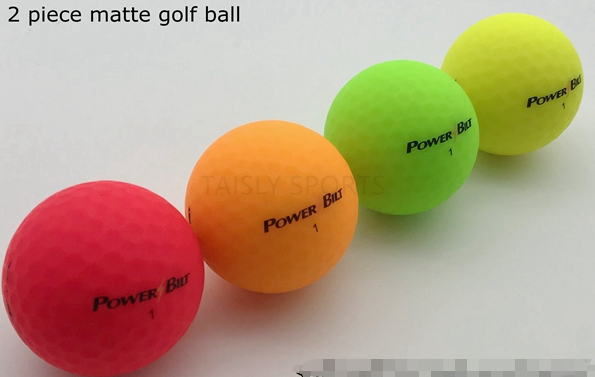